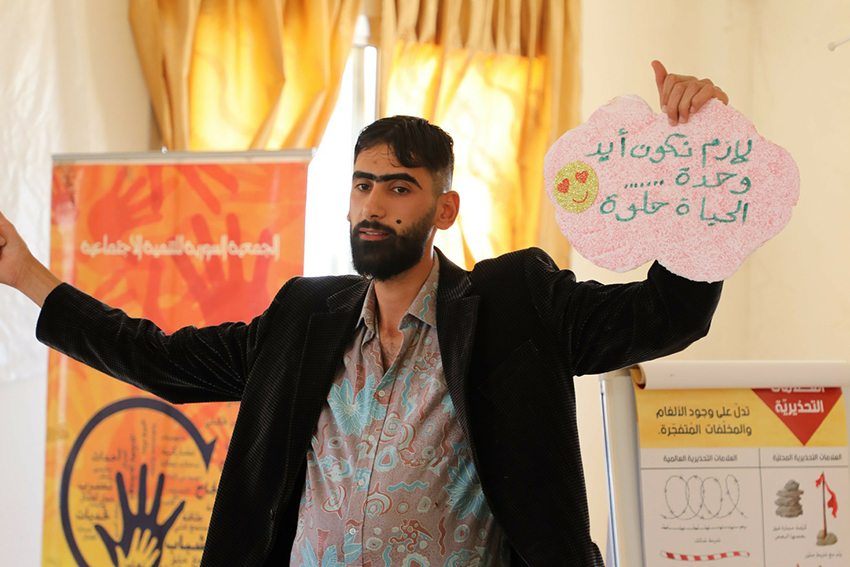 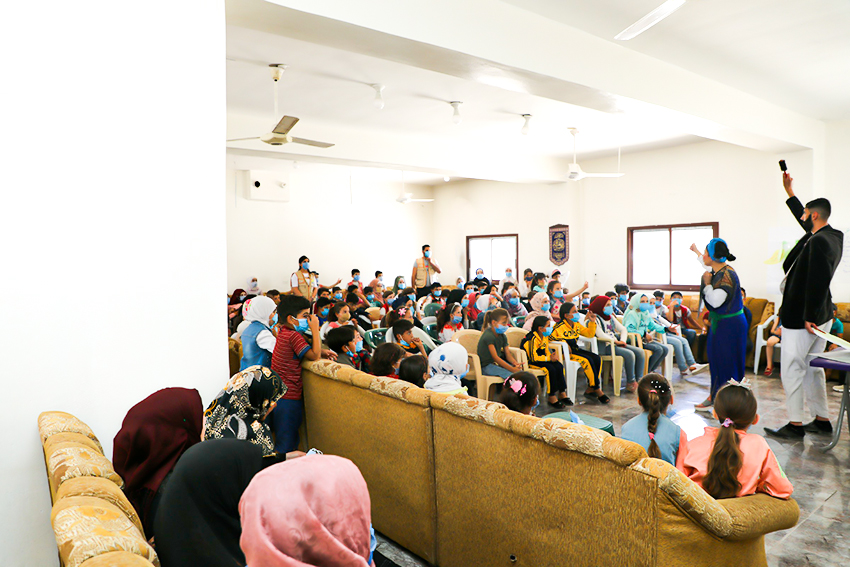 The sessions were implemented in presence of UNMAS team in several villages in Homs’ countryside such as Heraki, Om Al-Amad, and Abou Khashbeh. 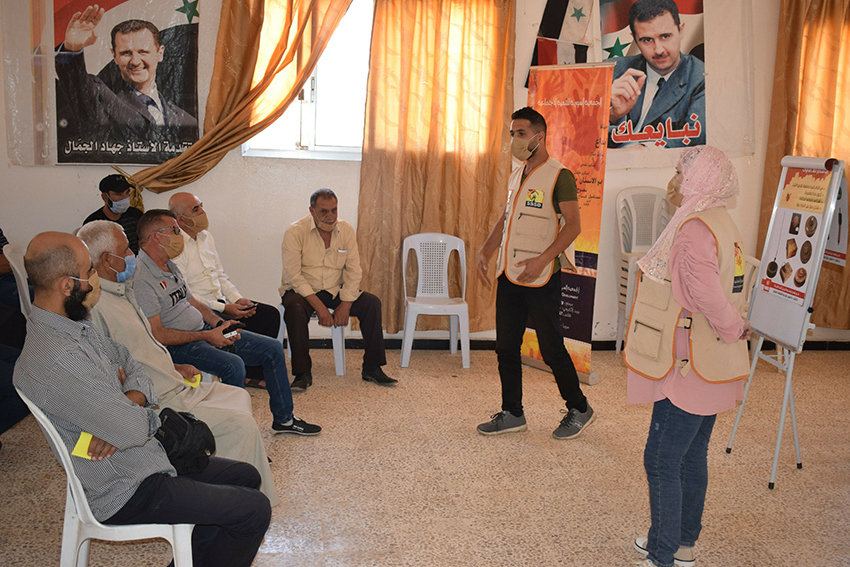 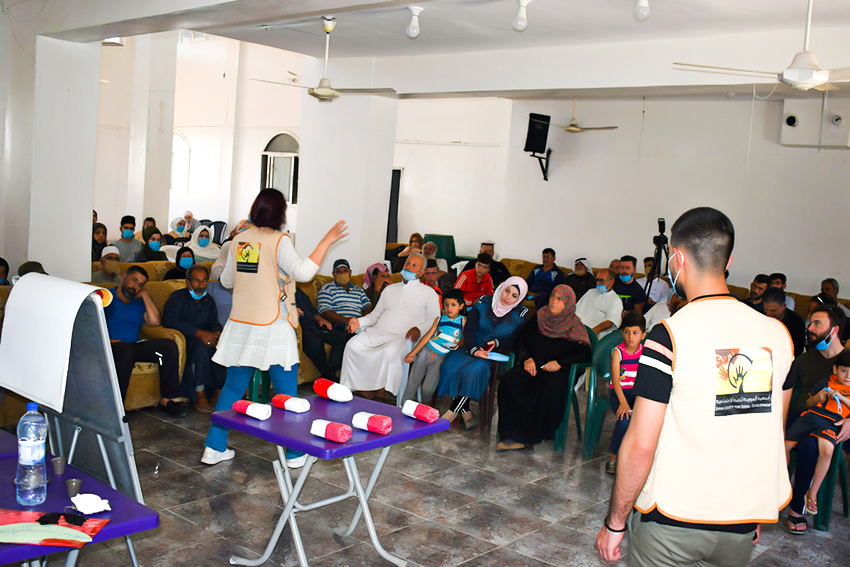