In order to raise population’s awareness about the risks of unexploded objects (UXOs), the Syrian Society for Social Development (SSSD) team in Homs implemented risk education sessions in coordination with the United Nations Mine Action Service (UNMAS), with all support from The Syrian Government, key persons and municipalities. 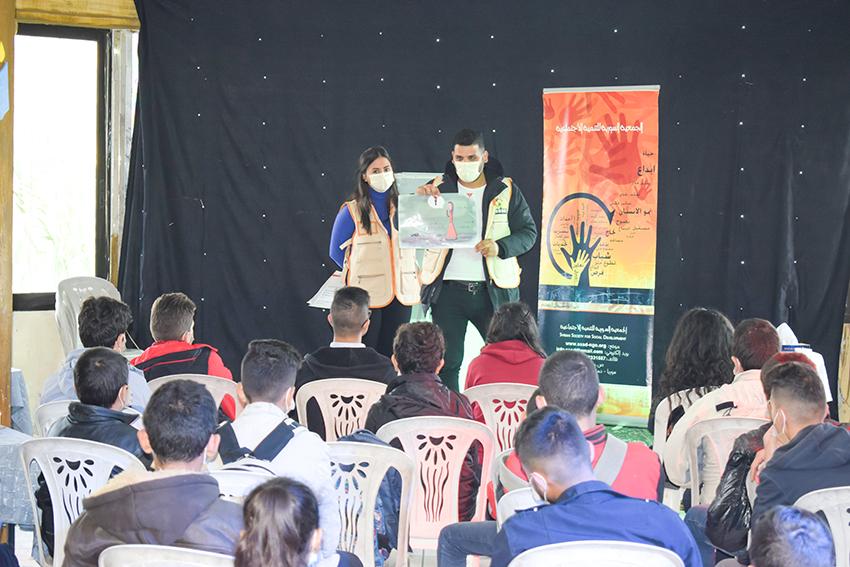 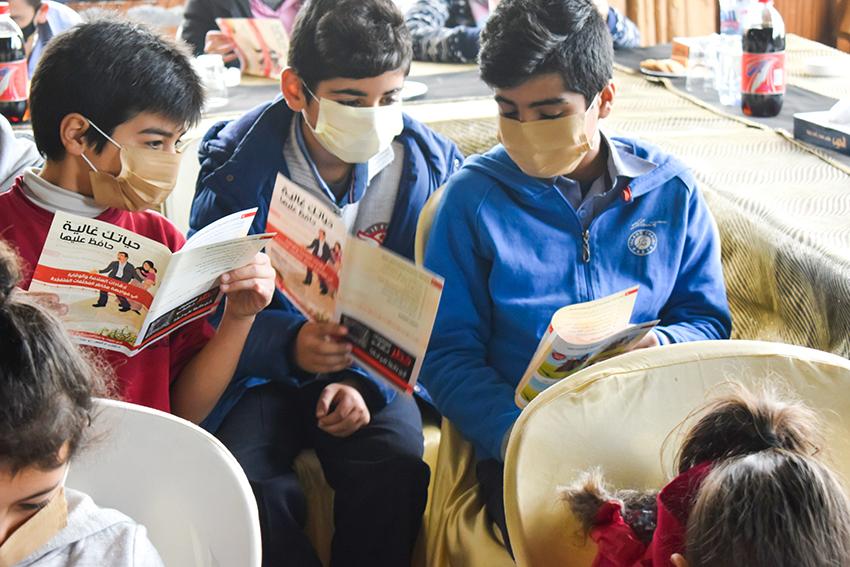 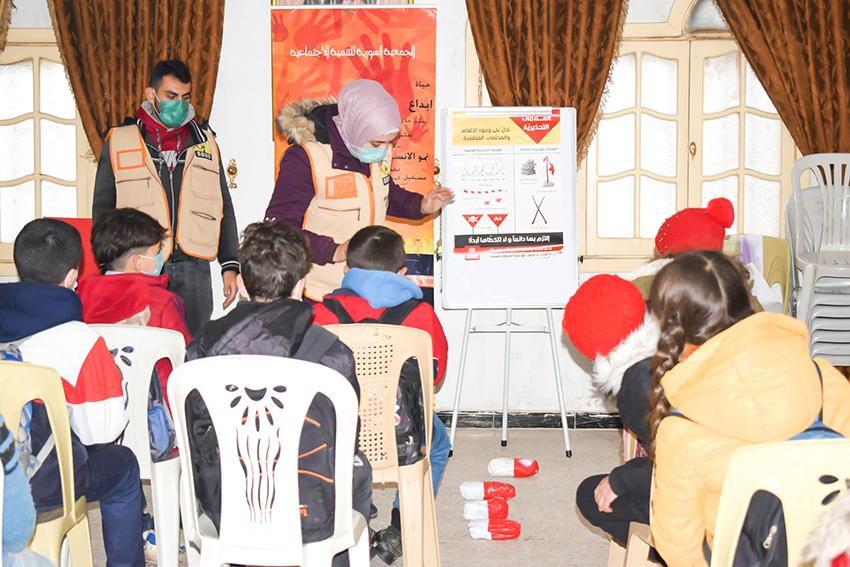 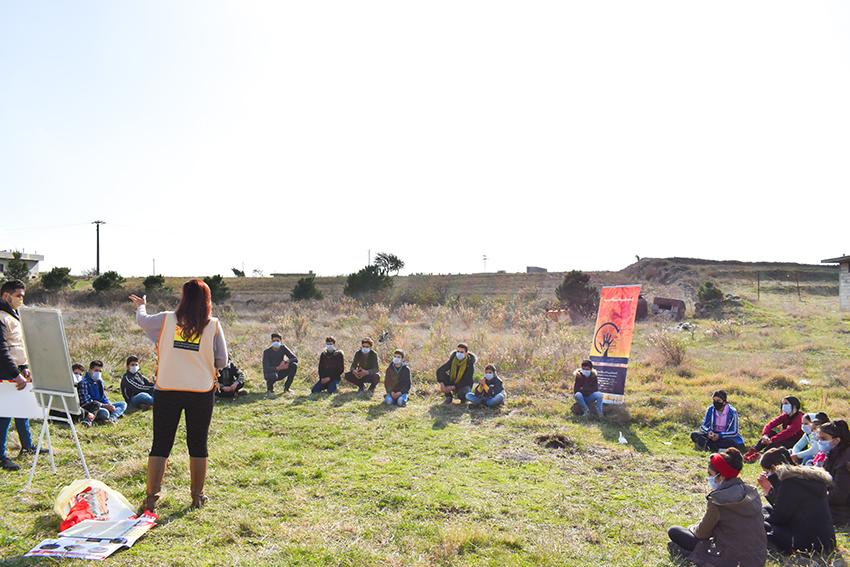