"We were bombarded by mortar shells; staying in the camp was no longer safe, we had to move to Al Arisheh Camp in Al Hasakah" one IDP from Mabrouka Camp in Ras Al Ain said.

As a result of the bad security conditions in Al Hasakah governorate due to the Turkish shelling on the border areas in northeast Syria, especially Ras Al Ain City, which was a target of non-stop mortar shells for the past days. The people staying in Mabrouka Camp were moved to Al Arisheh Camp in cooperation between the Syrian Society for Social Development and the United Nations High Commissioner for Refugees.

Al Arisheh camp team was making necessary preparations from 3.00 P.M. up till welcoming the internally displaced families at 7.00 P.M. The members of the team accompanied the new IDPs to the registration place and the designated area of the tents, offering support, as detailed: provide guidance and directions, assist in moving the luggage, assist in setting up the tents, perform first aid to injured individuals and sick people and bring them to medical points, and distribute food shares, including bread. Further, the team conducted several awareness raising activities to the new IDP children aiming at keeping them off un-covered drainage holes in Al Arisheh Camp.

The team restlessly worked till dawn. "Jazakum Allah khair.. I am proud of the Arab chivalry and the care shown by the citizens of our governorate," one IDP from Mabrouka Camp expressed his gratitude. 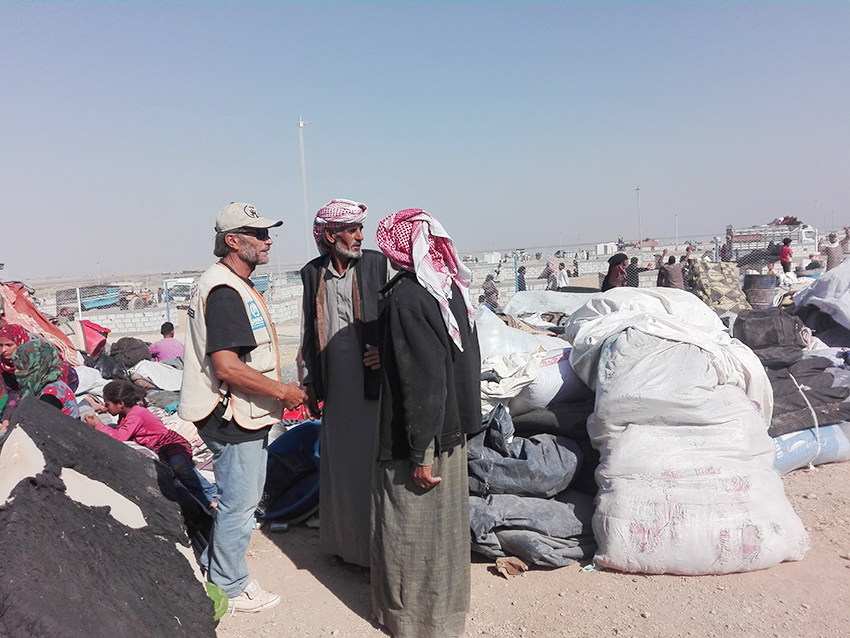 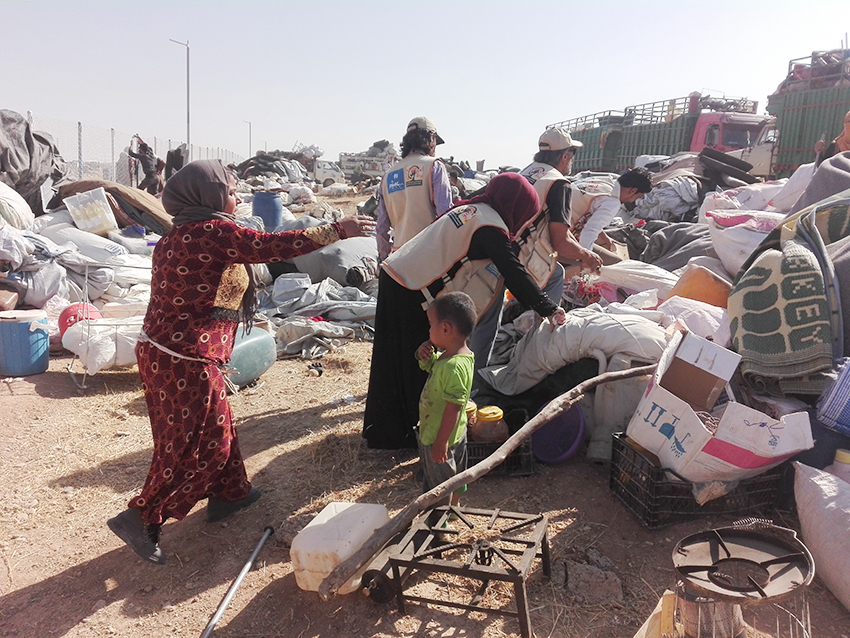 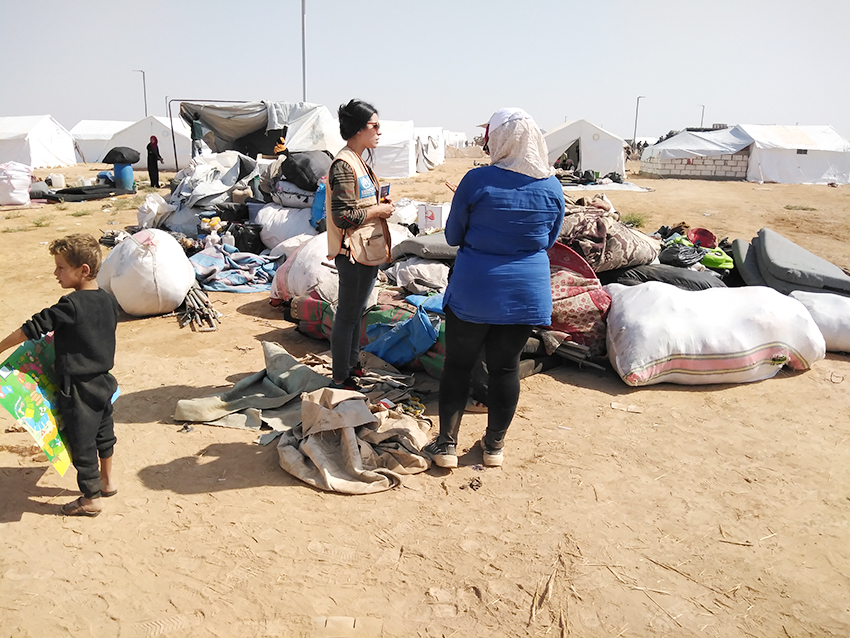 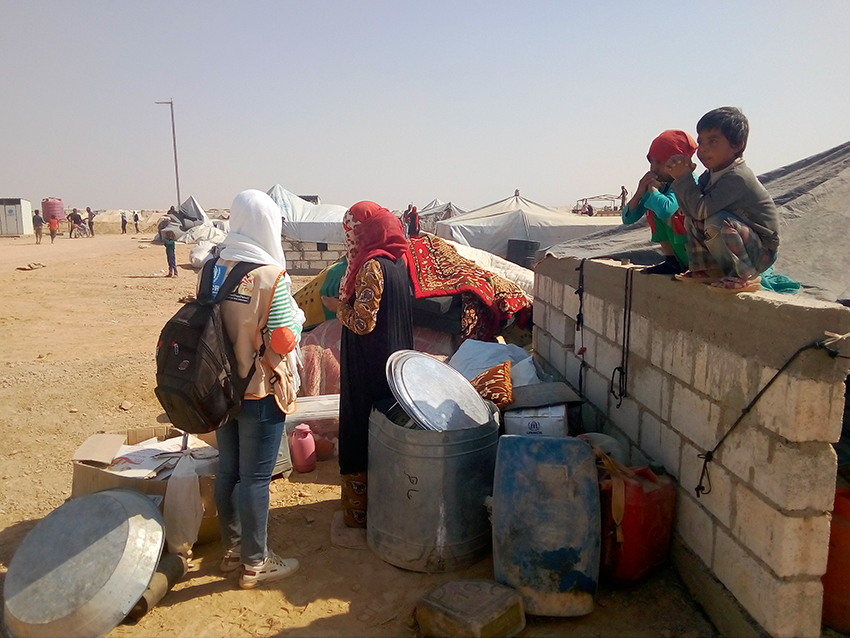 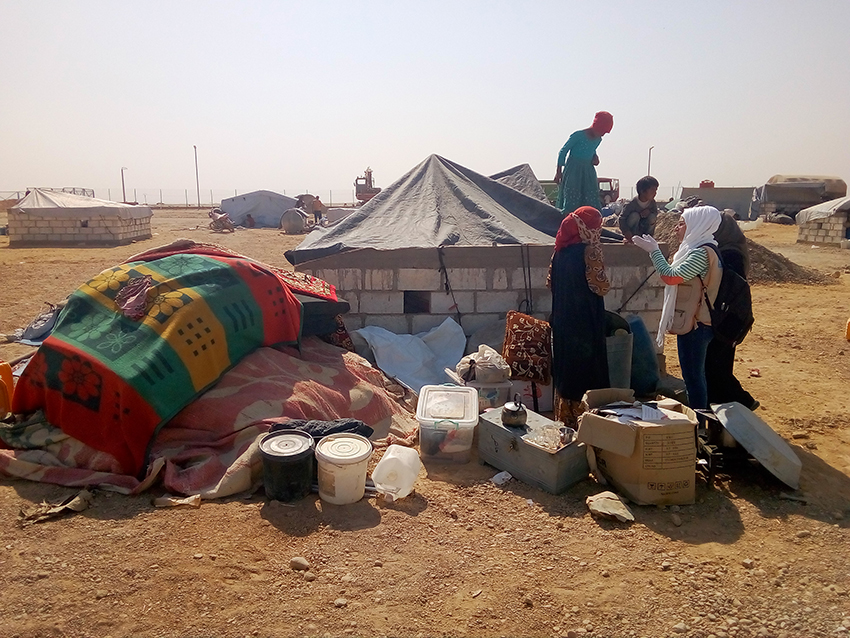 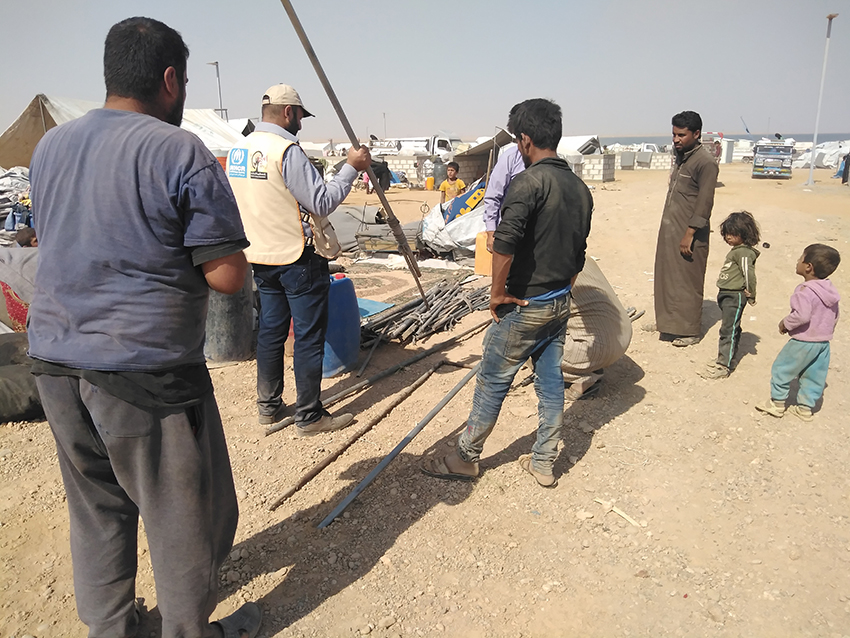 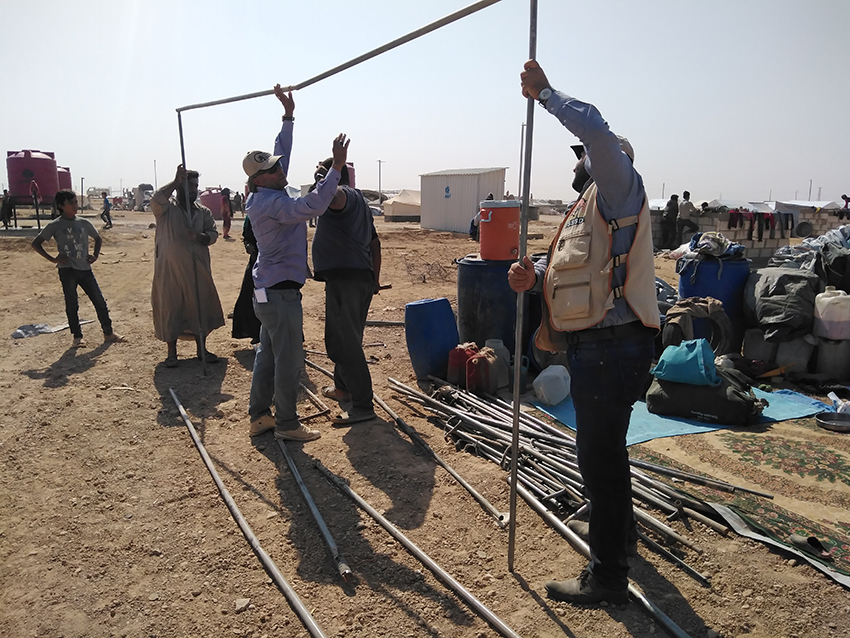 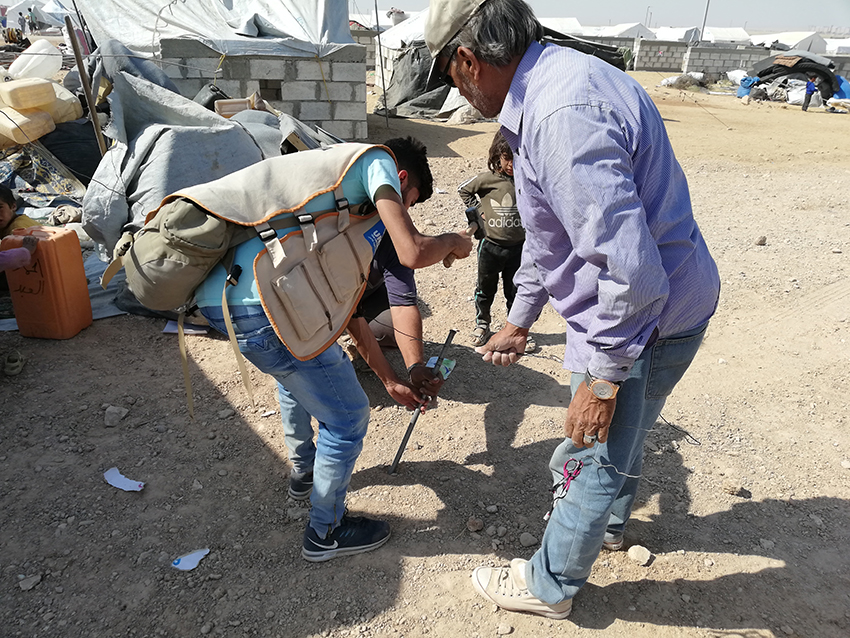 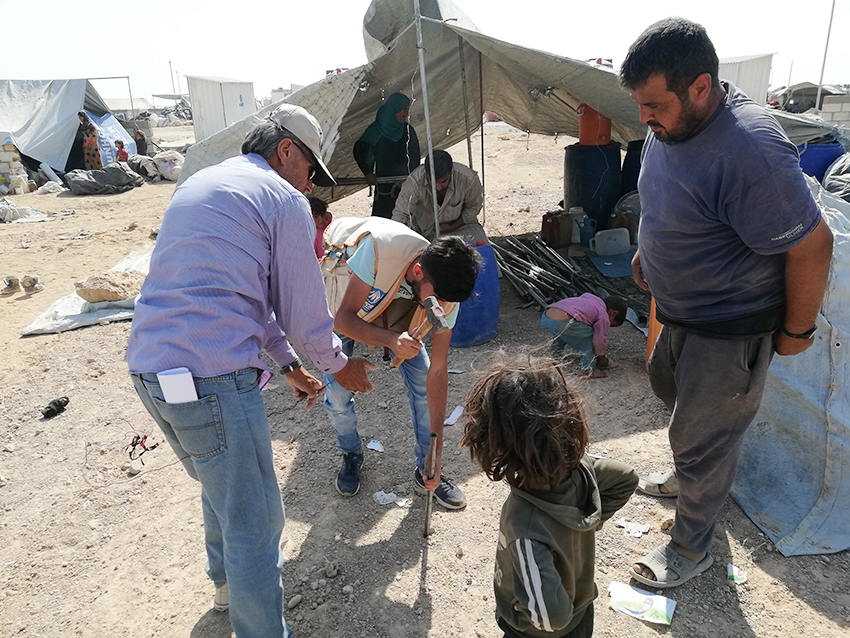